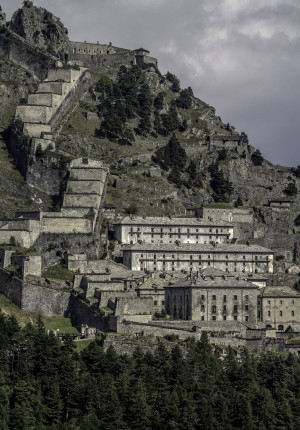 Fenestrelle is a quiet and picturesque village of the valley Alta Val Chisone, located at 1150 meters above sea level and therefore suitable for any age group; it offers a pleasant climate and all the essential services; a beautiful and valuable resort in all seasons of the year.

Fenestrelle is easy to reach by public transport, by car, motorcycle and why not… on their own feet: by bicycle, on foot or on horseback. Nearby, at both ends of the country, there are public parkings for cars and line bus stops.

It is only 35 km from the town of Pinerolo, 70 km from Turin, 40km from the border of the French Montgenevre.

In a few minutes by car or bus, you can reach the popular ski resort of Sestriere with its magnificent skiing area Vialattea and also Pragelato, a famous touristic resort in summer and winter, a popular destination for fans of cross country skiing with his Olympic slope and also for golf with a 9-hole golf at altitude.

Because in Fenestrelle there is the “Great Fortress”, the fortified complex built from the eighteenth century to the nineteenth century, more commonly known as the Fort of Fenestrelle, that, because of its size and its development along the left side of the valley, is also known as the Great Wall of Piedmont. From 1999 it became the symbol of the Province of Turin. Do not miss all the many minor fortifications in the area.

Because it is a place connected directly with the paths of the GTA circuit and with many other trails for hiking, Nordic walking, mountain biking and horseback riding, suitable for any level of experience and preparation. Some of these venture into the territory of the Park Orsiera Rocciavré, where you can spot many endangered animal species.

On foot or in three minutes drive from Fenestrelle you can reach Usseaux – beautiful alpine village included among “the most beautiful villages in Italy” with its mill, the murals, the oven, etc. 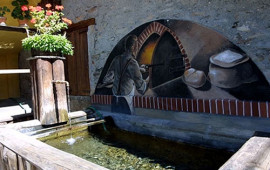 Because from Fenestrelle you can reach in few minutes also the road Strada dell’Assietta SP173 and the neighboring road Strada del Colle delle Finestre Road SP172, which  constitute a complex road network of over 60 km including their adjacent carriageable roads. 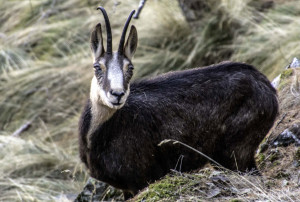 The network runs on different stretches over 2,000 meters altitude and is made up of almost entirely unpaved streets, accessible by byke, on foot or on horseback and motorcycles and cars (in the allowed days), from June 1st to October 31th.